There is no such thing as a stupid question! Right?

I am sure at some point in our lives all of us have either asked or answered a silly question that perhaps we didn't quite think through before it came out. Have you ever thought, "Did you really just ask that?" Or, "Did I really just ask that?" I can promise if you're that guy or gal then you are not alone. We've all been there - at least we had the courage to ask and gain knowledge. In the end I think most will agree that it is better to have asked and know, rather than to have not asked and not know. When we're in an unfamiliar situation, sometimes asking a question could mean the difference between life and death. The act of asking a question isn't stupid, but yes, sometimes the question itself could have had more thought behind it.

We certainly realize that what one might view as basic knowledge, others might not see as so basic. It is all a matter of perspective. A few things that alter your perspective in an outdoor environment includes your background, experience level and comfort level. Are you "city folk" or "country folk"?  What is your definition of cold? Mine is probably much different than, say, someone from Florida; whereas, someone who lives in Alaska might scoff at my definition of cold. Are you normally a "beach bum" or "mountain explorer"? Perspective makes a difference in how we all process the world around us.

This blog post is to highlight some of the more oddball questions that we get (again, oddball to us because we do this for a living; normal for others who may come from difference backgrounds and comfort levels). It is not written to embarrass or belittle but instead to highlight the wide range of knowledge and skill level we see, to address questions, and maybe have a chuckle or two while we're at it.

Here are our top five did-you-really-just-ask-that questions. Answers in order to follow below.

Does this river bring us back to our cars? 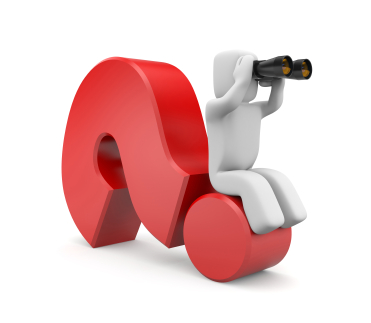 Are there snakes and stuff in here?

Will I get wet on the river?

Which way do I go on the river?

No, the river does NOT go in a circle. While there are man-made rivers in theme parks, this is not one of them. God made these rivers! Both the Catawba and North Toe wind through true wilderness areas, and both are natural rivers. 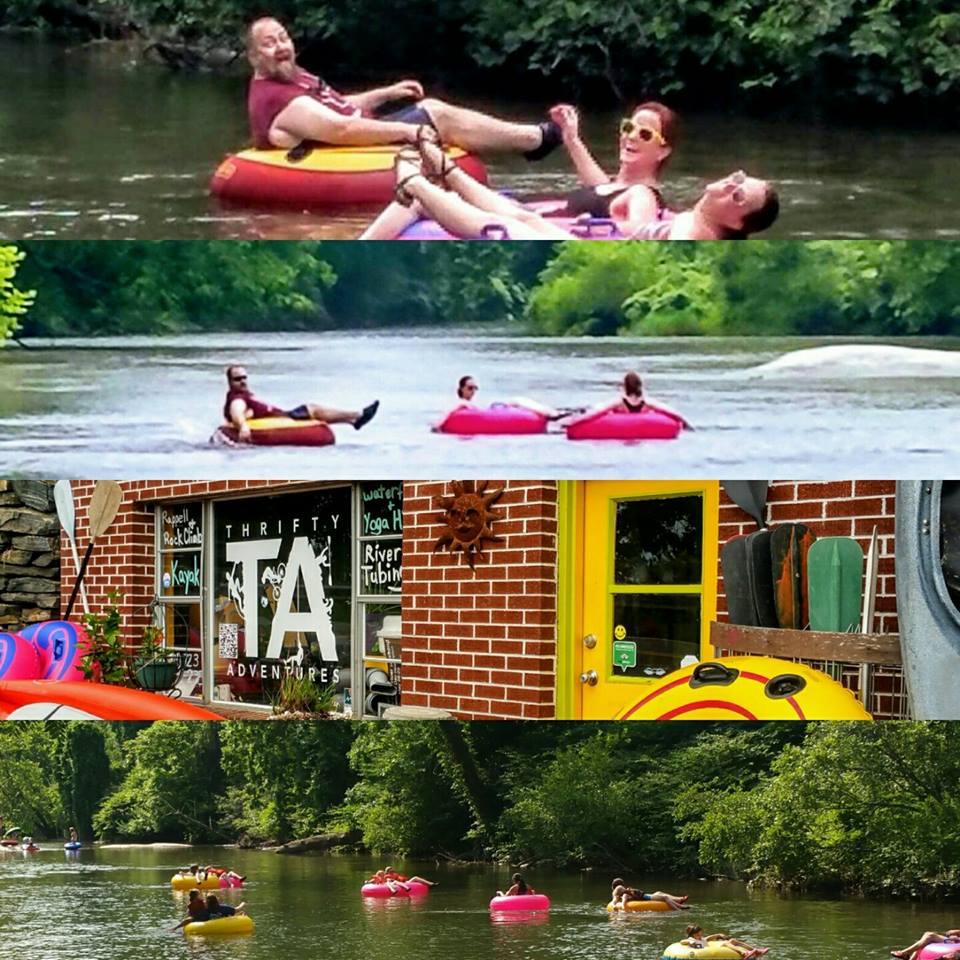 There are all sorts of critters in the river and around the river. North Toe River is known as a world-class trout stream. Both the Catawba and North Toe are home to beavers, otters and snakes (the most commonly seen snake is the non-venomous Brown Water Snake). The rivers' frequent flyers include bald eagles, golden eagles, osprey and a variety of hawks and herons. If you go on an early morning or evening mountain river trip then you will likely see deer - you could even see a bear.

Is the water cold? Well, again, this is a matter of perspective and your personal definition of cold. This is also determined based on what month you are asking the question. The North Toe River is colder than the Catawba. Several factors contribute to this, including natural springs that feed the creek along the route and mountain temperatures and seasonal changes. The Catawba River near Charlotte is much warmer; whereas, in higher elevations in WNC the water temperatures are usually 8-10 degrees cooler than the Charlotte area, which is why folks escape the heat and head to WNC!

When you book a river trip with us just go ahead and expect to get wet. You might get "less" wet in a boat than  a river tube, though. This is why our tubing starts later than our kayaking trips. 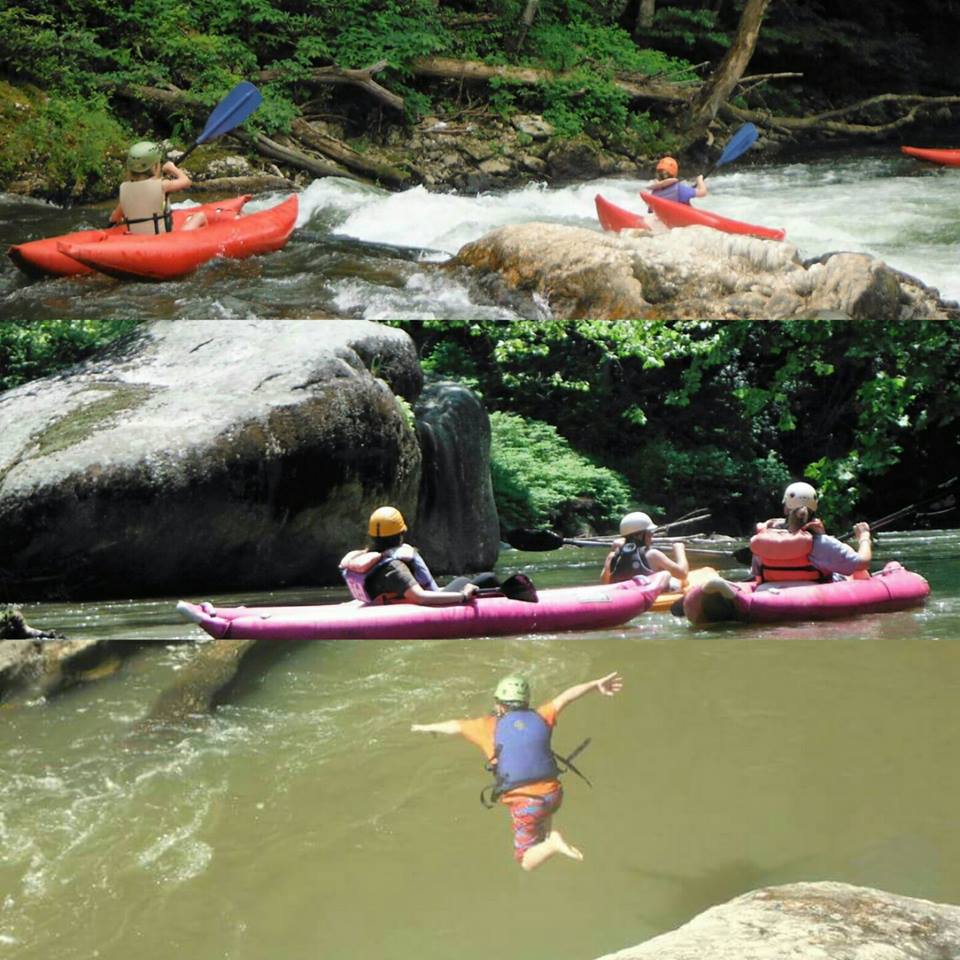 So you'd like to know which direction you'll go? The answer is very simple: we go with the flow -- literally! You can't float easily up stream. If you are ever standing at a river but can't exactly tell which way it is flowing then throw in a stick or leaf and watch it to determine the natural flow of the river.

If you want to participate on this blog topic then please post below with your comments or your own experiences with oddball "Did-you-really-just-ask-that?" questions. We'd love to hear from you.

Thank you Wikipedia for the following river details:

The North Toe River[1] is a large stream in the North Carolina High Country. The name Toe is taken from its original name Estatoe, pronounced 'S - ta - toe', a native American name associated with the Estatoe trade route leading down from the North Carolina mountains through Brevard. There is a historical plaque in Brevard with information that affirms the route, which continues into South Carolina, where a village of the same name was located. Due to difficulty in pronouncing the name it was shortened over the years to Toe.

The headwaters begin between Bald Mountain and Sugar Mountain, what is known as Sugar Gap, in Avery County. The river proceeds southwest through Mitchell County, joining with the South Toe River, before merging with the Cane River to form the Nolichucky River in Yancey County.

The Catawba River (named after the Native American tribes that first settled on the banks) originates in Western North Carolina and the name of the river changes to the Wateree River in South Carolina. The river is approximately 220 miles (350 km) long. It rises in the Appalachian Mountains and drains into Piedmont, and is impounded through a series of reservoirs for flood control and hydroelectricity. The river is named after the Catawba tribe of Native Americans. In their Siouan language, they identified as the Kawahcatawbas, "the people of the river".

It rises in the Blue Ridge Mountains in western McDowell County, North Carolina, approximately 20 miles (30 km) east of Asheville. It flows ENE, forming, along with the Linville River, Lake James. It then passes north of Morganton, then southeast through Lake Hickory just north of Hickory, NC, and into the Lake Norman reservoir. From Lake Norman it flows south, passing west of Charlotte, then flowing through the Mountain Island Lake and Lake Wyliereservoirs, where it forms approximately 10 miles (15 km) of the border between North Carolina and South Carolina, also the confluence of the South Fork Catawba River and Catawba River is submerged by Lake Wylie near the NC/SC state line. It flows into northern South Carolina, passing Rock Hill, then through Fishing Creek Reservoir near Great Falls, and then into the Lake Wateree reservoir, approximately 30 miles (50 km) northeast of Columbia. At the now-submerged confluence with Wateree Creek, it becomes the Wateree River.